The Creative Skills Factory is an educational platform in the IT field that has introduced new, interesting mechanics that motivate users to mutually benefit from sharing knowledge, purchasing lessons and courses for free, and at the same time earning from the creation of their content. The system is built in such a way that only the most in-demand and highest quality content is generated. 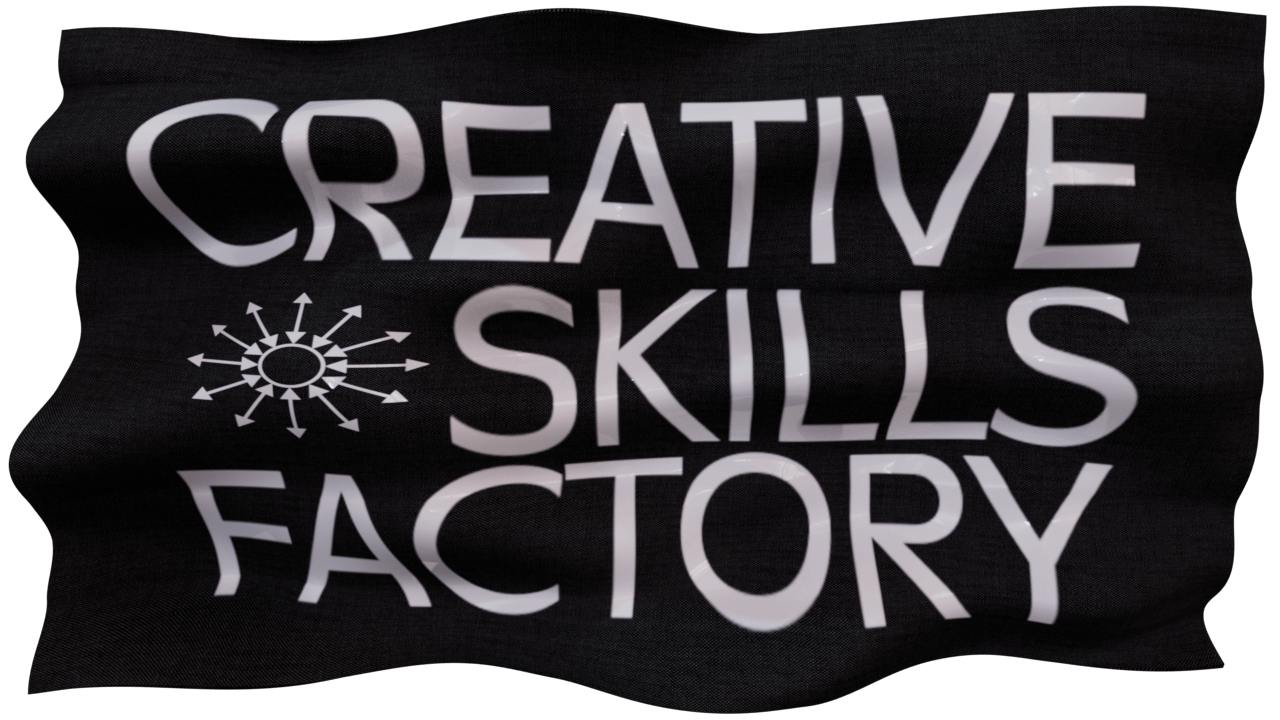 To create the above-described system, the TRIZ (Theory of Inventive Problem Solving) methodology was applied. As a result, it was possible to create a mechanics that works according to the main principle of TRIZ methodology, which sounds as follows: "There is no system, but its functions are performed".

The main message of this principle means that an ideal system is such a system, the costs of creation of which tend to zero, but the functions of the system are fulfilled. For example, according to TRIZ, an ideal automobile for cargo transportation is when there is no system (automobile) and its function (cargo delivery) is fulfilled.

In TRIZ methodologies, which are created to solve contradictions, there are many tools, in my case I used the method "Moving it to the oversystem". It means moving the most costly resource to the oversystem. The most expensive resource in our case is the content. For example, for its generation, we could hire a lot of specialists in different areas of IT, who would meet the demand for the desired content requested by users. But to maintain such a staff would have to spend a lot of resources, which would not be profitable in the end.
So there is a contradiction here, on the one hand users who work in IT have a constant need for the lessons, on the other hand for their creation will be spent a lot of resources. Therefore, you can try to move the main resource (content generation) in the supersystem with users.
As a result, we get a platform where users themselves are interested in a mutually beneficial exchange of knowledge. 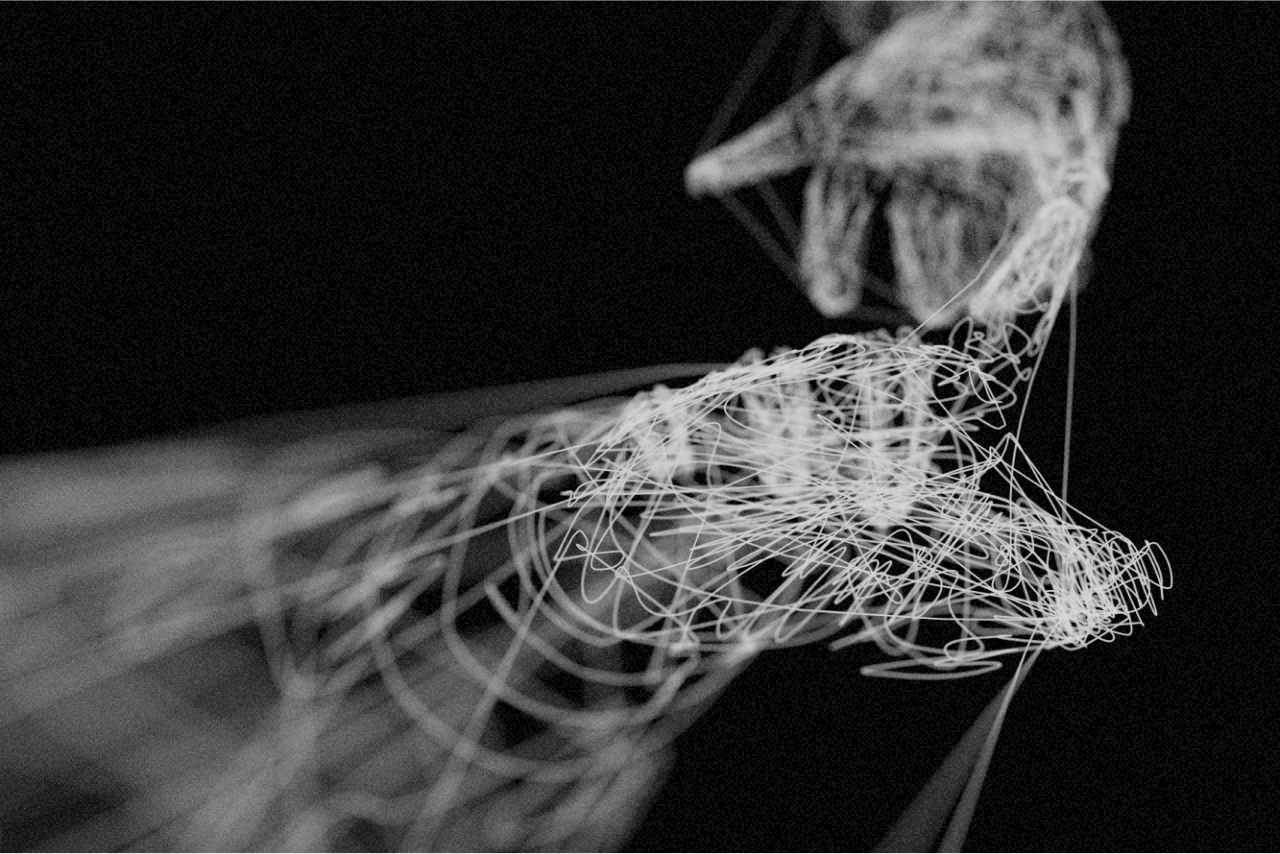 INSIGHTS
Here it is necessary to mention some basic insights. The user who works in the field of IT, such as designer, copywriter, front-end developer, programmer, marketer, etc., often encounters a problem when during the next viewing tutorials in order to improve some skills, can not find some highly specialized lessons on their topics.
Or the content is of low quality and does not help solve the problem.
Or, the situation where you find a course in which half of the topics are already familiar, and you do not want to spend time and money for the entire course.
Or when the topic is so new that there are very few tutorials on it or none at all.
All of these problems are very familiar to everyone who works in a digital environment.

Given the fact that users who work in IT have their own accumulated knowledge and skills, it remains to create a system that will make this exchange as convenient and mutually beneficial and can even bring profit to users. 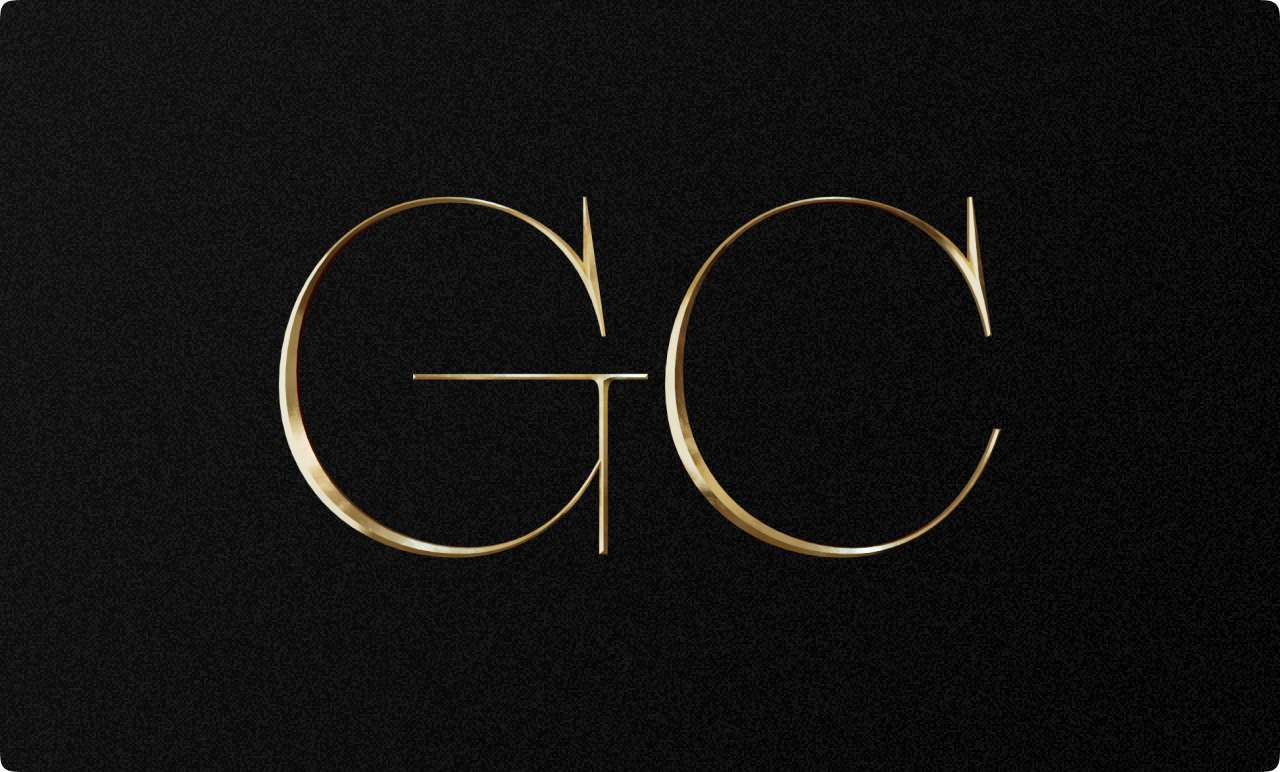 Gold Coins is the platform's internal currency, which represents the money you can buy and sell lessons for and which you can withdraw from the platform after selling lessons. 1 Gold Coins equals 1 euro at the current exchange rate. The price for the lesson is specified in Gold Coins. The price in Silver Coins is automatically converted and is indicated next to the price of Gold Coins.
Silver Coins - a virtual currency for which you can also buy and sell lessons. The main difference from Gold Coins, that the Gold is real money, and Silver is just a virtual currency.
For a final understanding of everything, it is necessary to look at the user path Customer Journey Mapping. 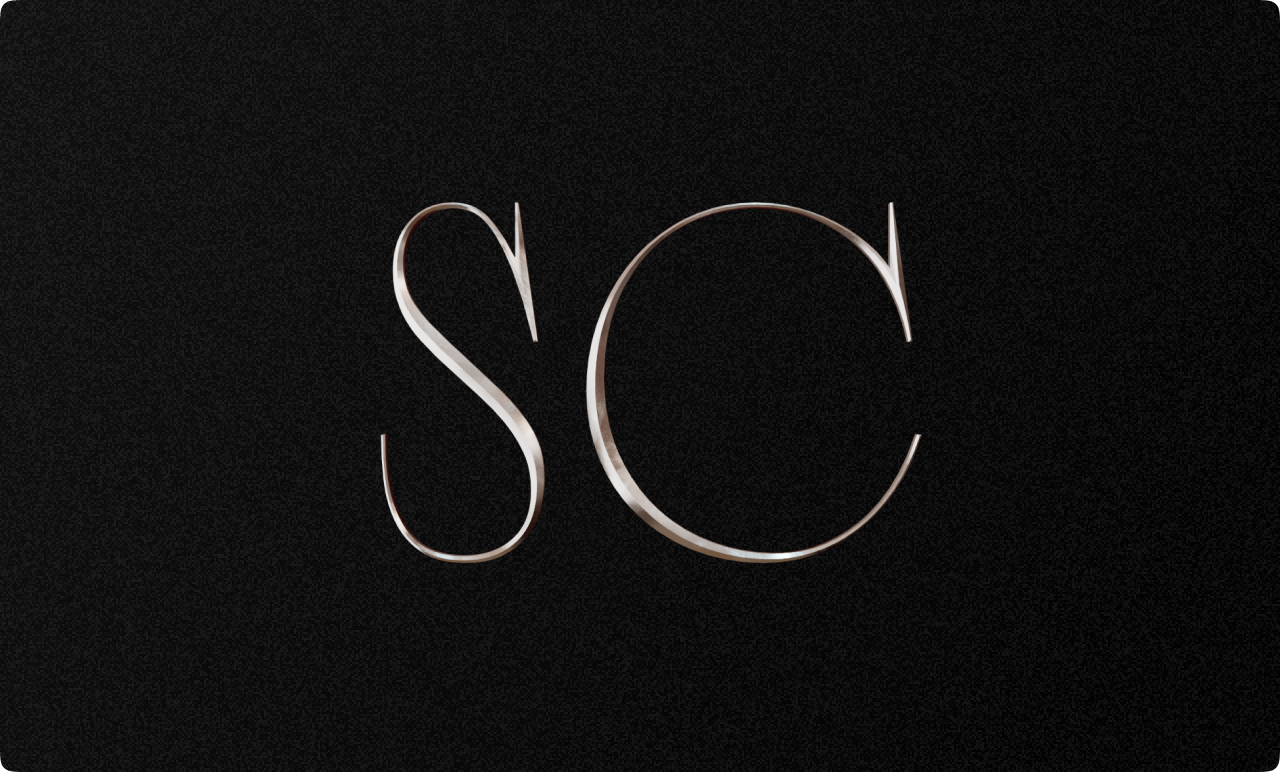 CUSTOMER JOURNEY MAPPING
The user registers on the site and receives 1000 Silver Coins as a gift. With these, the user can buy his first lessons and thus get better acquainted with the platform.
When the 1,000 Silver Coins run out, the user has two options to continue buying lessons next.

The first option - to record some lesson by himself, which other users can buy later for Gold Coins or Silver Coins.

The second option - if the user can't record his own lessons, he can just buy the desired lesson for the money. To do this, it is necessary to replenish your balance in your personal account, and the money is automatically converted into Gold Coins, for which the lesson is bought later.

Such mechanics on the one hand helps creative people not just get knowledge without money, but also earn on the sale of their lessons.
And on the other hand, makes the platform as productive and of high quality as possible, due to the possibility for users to create on the wish board requests for the lessons of interest, and for authors to create surveys and to further study the demand for different topics. At the same time, the authors themselves understand that there is no point in making low-quality and low-demand tutorials, as the time spent on creating low-quality lessons will go to waste. 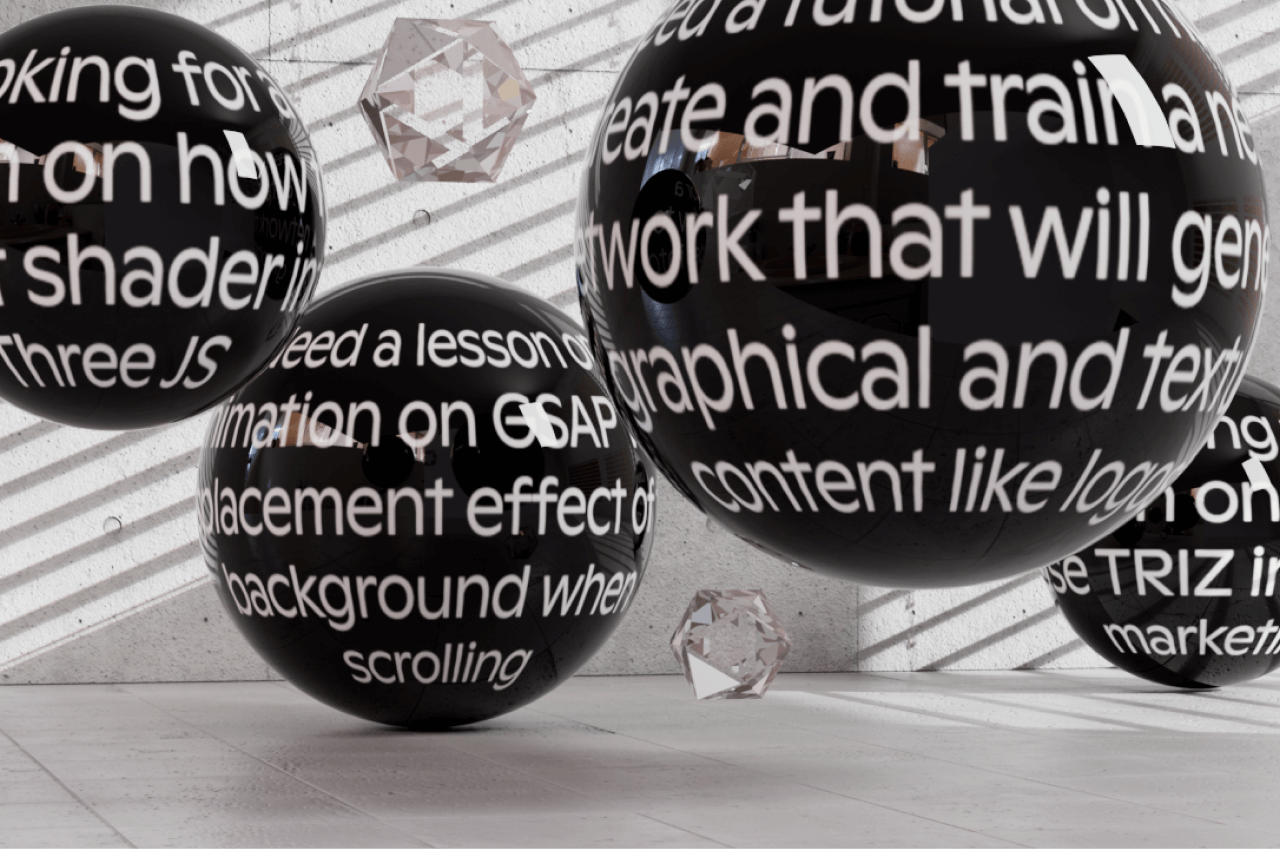 WISH BOARD
Wish Board - a page where users create tickets with requests for lessons, and sometimes even courses that they would very much like to see. If the topic is interesting and relevant, the wish will get a lot of likes and will be at the top and it will make a lot of tutorials.
The more relevant will be the wish, the faster and more tutorials will be in the end.
Thus, all users see the popular topics on the platform, and anyone who has knowledge on this topic can record a lesson on it.

With such a system, in terms of topics, obviously the latest and coolest trends will work great.
But do not forget about the different ordinary but cool topics that, for whatever reason at the moment little disclosed.
Still will work great case, when during independent studying of some subjects, for example in the front-end, stumbles with the topic on which you can't find a specific lesson, and this topic is very cool and will surely please many front-end developers.

But that's not all, the wish list has a second direction, for authors who want to check the demand for topics that they find demanded through the creation of surveys.

And the last thing worth noting, the wish board is not a mandatory rule for authors, they can not conduct any research and record any lessons they consider in demand. 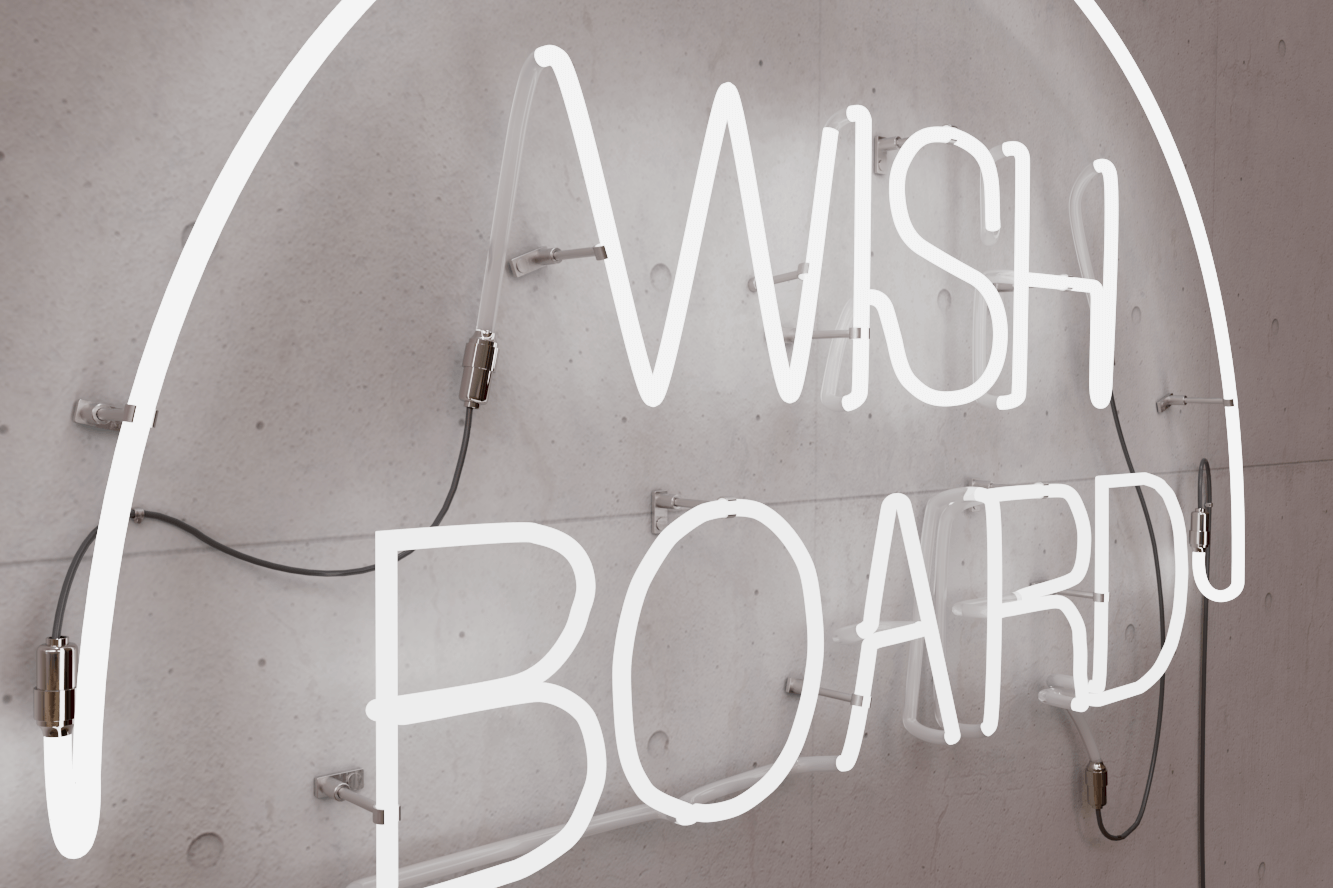 With these main directions on the platform, created a kind of typographic composition, which shows us the main columns in the grid.
The grid was chosen as a 10-column grid.

The design concept of the home page is that the page is divided into two parts vertically. On the left is the navigation part and on the right is the content part.

The design is made in the Swiss style.
On the main page in many places came out to work with the counterform. As a result, the background in these places made active.